Showing posts from January, 2015
Show All

The Philanthropy Age writes a piece about Guria & modern slavery 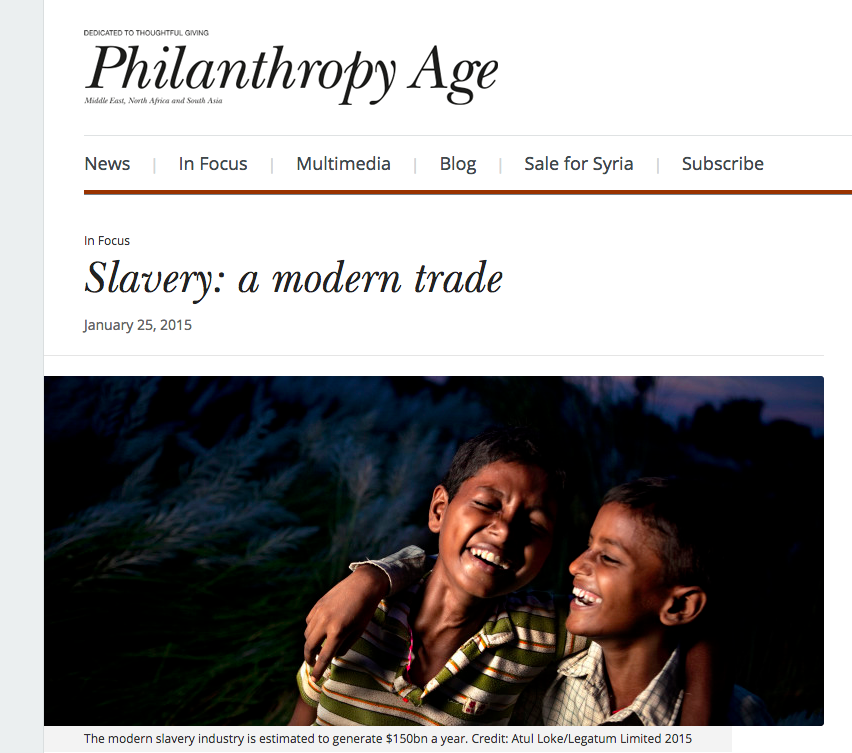 The Philanthropy Age (reputed magazine) wrote a  piece about  Guria, modern slavery, and the Freedom Fund: http://www.philanthropyage.org/2015/01/25/slavery-modern-trade/ Preview: "Basanti was 16 when she was sold into slavery. Returning from the fields where she and her mother worked, two men she knew approached her on a m otorcycle. At gunpoint, they threatened both women, forcing Basanti to go with them. ... My father called up Guria Sansthan, which rescued me from the station..."
Post a Comment
Read more

By Guria Blogger - January 19, 2015
On January 18th Guria rescued 13 enslaved people from a brick kiln in Azamgarh district of Uttar Pradesh state, which included 3 children. This takes the total of rescued persons in the last 18 days to 73. This is our way of defying the attack on our colleague Sunil by the traffickers and the corrupt system. At any cost, the fight against slavery must go on.
Post a Comment
Read more

By Guria Blogger - January 14, 2015
BREAKING NEWS: Another rescue success! Guria rescued 16 bonded labourers, including 8 children, from a brick kiln in San Ravidasnagar Disctrict (Bhadohi) on January 13th, 2015. This takes the total of rescued enslaved persons in just the last fifteen days to 60, including 22 enslaved children.
Post a Comment
Read more

CNN Featured our Intern Chase on their Homepage! 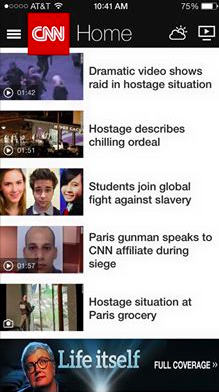 For her work with Guria, intern Chase Hommeyer was recently featured on the homepage of CNN 's website. Congratulations, Chase! We are grateful to have you working with us and we hope Guria can connect with The CNN Freedom Project  more in t he future. And thank you to Princeton University Bridge Year Program for sending Chase to us for 7 months! http://edition.cnn.com/interactive/2015/01/world/freedom-project-fight-slavery/?sr=sharebar_facebook
Post a Comment
Read more

By Guria Blogger - January 07, 2015
BREAKING NEWS: On January 6th, 2015, Guria RESCUED 9 PEOPLE including 3 CHILDREN from slavery in a brick kiln on the Indo-Nepal border in the Lakhimpur Kheri district of Uttar Pradesh state.
Post a Comment
Read more 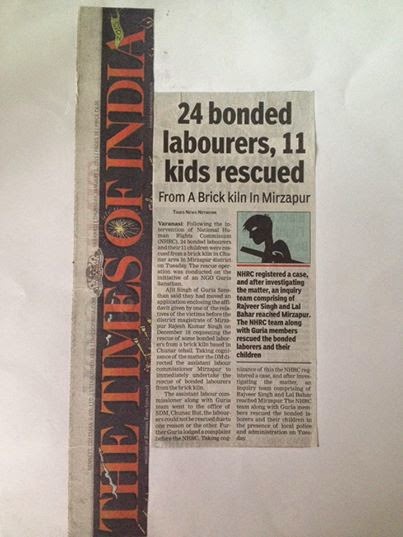 The Times of India and many other news sources covered our rescue of 24 bonded labourers and 11 children from brick kilns in Mirzapur on December 30th, 2014. Read the write-up here: http://timesofindia.indiatimes.com/city/varanasi/24-bonded-labourers-11-kids-rescued-from-Mirzapur/articleshow/45709940.cms
Post a Comment
Read more
More posts